Hugh Jackman officially retired as Wolverine after 2017’s Logan. But now that Disney owns Fox, and controls all of their X-Men characters, it’s only a matter of time before they bring them into the Marvel Cinematic Universe. So who will play the new Wolverine? Jackman left some mighty big claws to fill. So really, there is only one clear choice:

That is at least what several thousand fans believe. They have signed a Change.org petition asking Marvel to cast the beloved Dumbo and It’s Always Sunny in Philadelphia star as Marvel’s most famous mutant. The petition, which already has 13,000 signatures as of this writing, reads:

DeVito has pretty much every qualification you could want in a Wolverine. He’s already made a great comic-book movie (Tim Burton’s Batman Returns). He’s tough. He’s fearless. Like the Wolverine of the comics, he’s not very tall. (Seriously — comic-book Wolvie is supposedly like 5’3.) The only thing he doesn’t have is hair. But that’s what wigs are for. Go sign the petition and help make thousands of fans’ dream come true. We’re sure if enough people sign (say another eight or nine million) Marvel will have to listen. 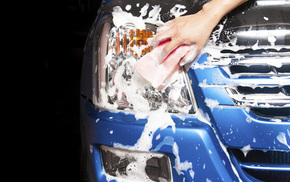 Welcome back to News Radio 1310 KLIX

Welcome back to News Radio 1310 KLIX